I trust this message finds you in good health and eager to return to the ice.

We remain optimistic that the boys National Hockey Team tryout will take place as anticipated. From our last update, the target month was July, in hopes of avoiding a possible reschedule due to COVID if too early (June), and avoiding fall activities prior to the start of TSD practices (August). With that, I am pleased to announce that we are on-target for the weekend of July 24-26 at the Scheels IcePlex in Sioux Falls.

Camp registration is open and the cost will be $100 per participant. The boys’ schedule can be found on this page (in PDF format). SDAHA’s annual Development Camp is available to birthyears younger and older than that of our two National teams, but in that this camp being held specifically for team tryouts, registration will be restricted to the following:

Friday attendance (July 24) is not mandatory, however for those checking in that day, there will be a 90-minute open-skate available (14u on one sheet, 16u on another). Additionally, there will be an informal Q&A session for anyone who has questions about the program, which will be hosted by myself and the coaches for both teams.

The goal is to have four teams at each age classification (14u/16u) with approximately 15 skaters and at least one goalie (goalies would receive additional ice-time if we have less than four per classification). Activities begin Saturday morning with two 75-minute warm-up practices per classification, conducted by the coaches of each team. Following a break for lunch, scrimmage sessions will begin Saturday afternoon and each team will play three 75-minute games, with officials, concluding with the third game on Sunday morning. From there, evaluators will work together to select the roster (including alternates), and invitations will ideally be issued in the days following our camp.

Since its inception, South Dakota's National tournament teams have achieved remarkable success, the 16s winning four times and the 14s finishing runner-up twice. TSD alumni includes some of the finest hockey talent to play in our State. Earning a roster spot, playing on behalf of South Dakota while competing for a national championship will create relationships and memories you will not forget. On behalf of SDAHA, the Development Committee and Team SD, I welcome you to our tryout in preparation for the 2020-21 National season.
Best Regards,
-John
--
John Sievert
Director, Team SD
P: (605) 376-4810
E: team.sd.u14.u16@gmail.com

Below you will find the registration link which includes the full schedule of events, a brief overview of TSD & registration information.

Playing on Team South Dakota creates relationships and memories to last a lifetime.  I hope you will encourage your player/s & others around the state to consider trying out for this amazing opportunity.  Please reach out with any additional questions. 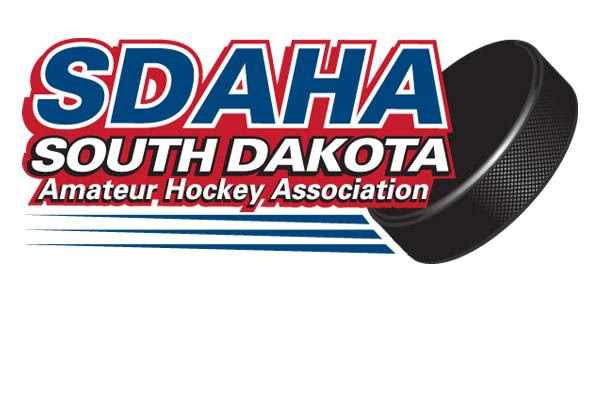 2020-2021 Background Screening Link Background screening fee is charged to and paid for by SDAHA for coaches, state and local association volunteers

Background screening fee is charged to and paid for by SDAHA for coaches, state and local association volunteers and referees.  When you check out, the should not be a fee assessed to SDAHA applicants.

SDAHA members, In keeping with Governor Noems request for cancellation of all High School Tournaments the State Bo… https://t.co/nhf3V5eOGM

SDAHA members, Please check https://t.co/3ywhs7jaCq for the latest information on the varsity tournament. No gener… https://t.co/O7WQFcLpAs